I’ve kept working on the ship in my previous entry, though I have to admit that up until now I have been focusing more on the surrounding scene than on the ship itself. I had this idea to place it in the middle of an asteroid field deep inside a nebula. For that I wanted to use a background inspired by the ones in Homeworld. I think the overall result is quite pleasing, as can be seen below. 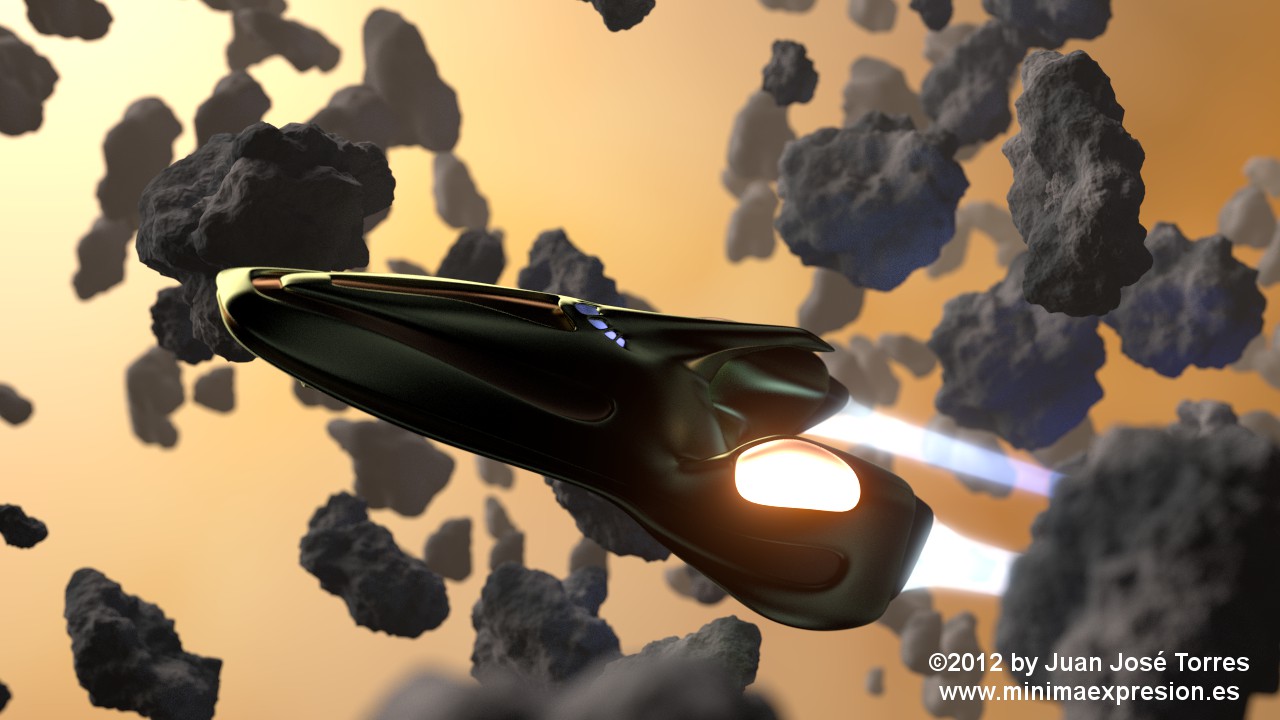 Modelling the asteroids and placing them in the scene by means of a simple particle system was rather easy, but finding the right combination of procedural textures for them wasn’t.  What’s most interesting about this scene is that everything in it was directly generated within Blender. Modelling and materials was done inside Blender and the background and asteroid textures are procedurally generated by Blender.

Next step will be adding more detail to the ship and starting to work on some real textures for it.